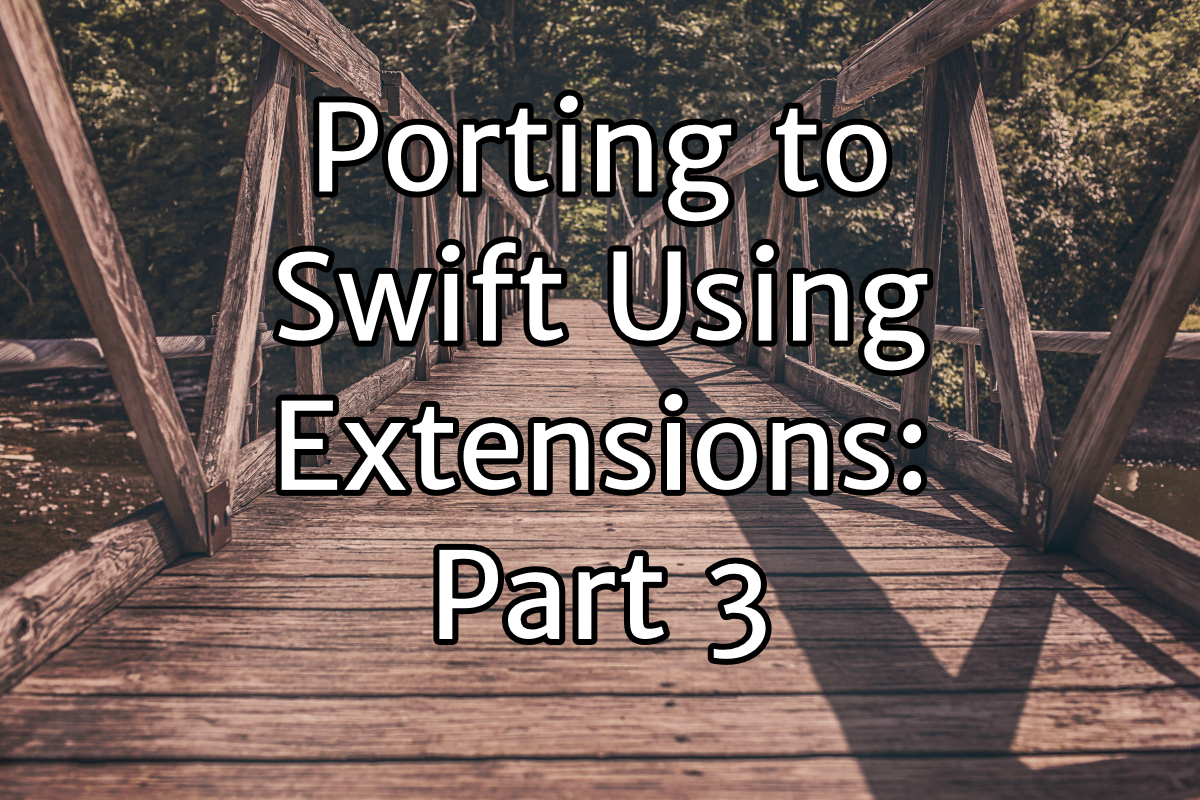 Porting to Swift? Do it Gradually Using Extensions: Part 3

As a refresher from Part 1 and Part 2, we’re trying to make the process of porting Objective-C to Swift code more gradual by porting classes method by method using Swift extensions. This is very helpful in keeping with the idea of “When it comes to porting, smaller steps are better.” In this part, we’ll cover something I discovered when porting my custom UIKit code to Swift.

You do the easy thing: take that first method from the delegate protocol and move it to your Swift extension. You will probably get away with this for a while, until you move a method, and Xcode suddenly expresses its unhappiness:

In this case, long ago, Apple decided to “help” you by providing a default implementation for certain methods of UIKit delegates. Whether this was a good idea in the first place is a topic for another article, but when porting the method to Swift, this causes nothing but problems.

The good news, is that the number of instances of these methods is relatively rare, it only happens with UIKit protocols, and you can still port everything else method by method. The strategy I have employed successfully is to continue porting method by method as described in previous posts. If I complete a port and start getting the conflict build error, I comment out the Swift implementation, uncomment the Objective-C implementation (which you should still have commented out if you followed the process in Part 1), and put a comment above the Swift and Objective-C implementations that the port should be finished when no other methods in the class need to be ported.

If you’re worried about wasting porting effort you won’t get to use — until later, at least — do what I described earlier: comment out the Objective-C method and make just the stub Swift method. That will be enough to trigger the build error; if that happens, I would leave the same comments that this method must be ported last, and continue porting other methods as needed.

The general process in Part 1 and the tips in Part 2 and this article have helped me take what looked like a massive effort to port to Swift and allow me to do it as needed, on demand. Suddenly making my app all Swift doesn’t look so bad after all.